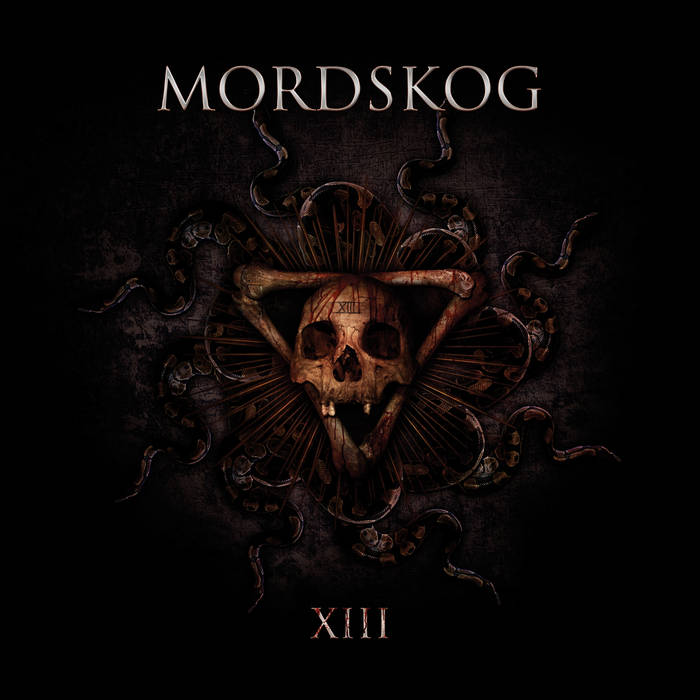 WEREWOLF RECORDS, freshly in conspiracy with HELLS HEADBANGERS, is proud to present the highly anticipated debut of Mexico's MORDSKOG, XIII. Despite hailing from the hellishly humid climes of Mexico City, the trio of MORDSKOG bewitch with an ancient black metal mysticism that's freezing to the touch but burning at its core. And yet, for all its '90s classicism, there's not a single clear-cut influence to easily discern across the nine tracks of XIII; it's as if all the best strains of second-wave black metal, be they Norwegian or Polish or Swedish or French or even Greek and Czech, have profusely swirled within a long-hidden cauldron, only now to bubble over and into something familiar yet foreign. But just as equally do MORDKSOG honor their heritage with a hallucinatory, coke-dusted approach to songwriting, locating all the crevices below and between, spiritually spelunking and basking in the descent. With noses seduced by the harshest yeyo, this is all ably amplified by the strange 'n' powerful production, which all sounds like it could've arrived from the more boundless, unorthodox '90s. The gates have opened and the landscape ahead is vast: MORDSKOG have the number with XIII.