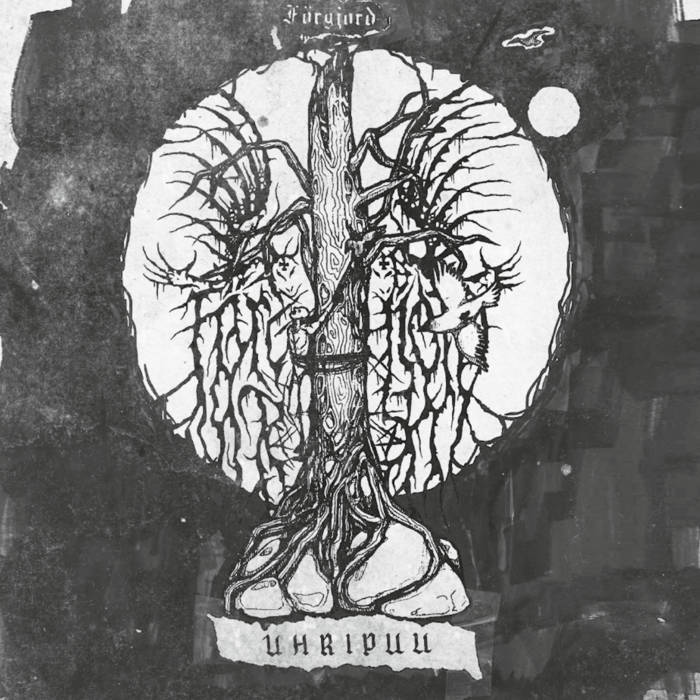 Philipp Dasen I love music where there's an interplay between dissonance and melody. Förgjord is no exception. The vocals are standout and the production is perfect. Vahvempi Kuin Koskaan is a masterpiece. Personally I'd buy the album for that track alone. Favorite track: Vahvempi Kuin Koskaan.

THE GRAND CUNT AND BLASPHEMER PERVERSUS

pissin in your elevator

WEREWOLF RECORDS, freshly in conspiracy with HELLS HEADBANGERS, is proud to present the highly anticipated third album of FÖRGJORD, Uhripuu. Hailing from the forever-thriving Finnish black metal underground, FÖRGJORD is one of that scene's stranger and more unique entities. Existing since the mid '90s, the trio have largely shied away from the spotlight - even when that spotlight is blacklit and dim - and patiently parcel out their releases, with a sparse-yet-solid discography to date. Sielunvihollinen - their second album, released to critical acclaim in 2012 - furthered the idiosyncratic FÖRGJORD aesthetic, but now with Uhripuu, they've triumphed yet again with a scabrous 'n' unorthodox journey into black metal's most rotten depths. But for however maldorous their melodicism is, it is precisely that - meldodicism - which makes FÖRGJORD so bewitching, the way oddly hummable passages push past the ripped-raw soundfield and create a wild, entrancing disconnect. It is this aspect which fondly reminds of France's Black Legions, the eternal struggle between trance and trash, but naturally, a distinctly Finnish air of melancholy permeates the mildewed black metal at hand. Lay before the sacrifice tree of Uhripuu and let FÖRGJORD sever you from the bonds of earthly reality!